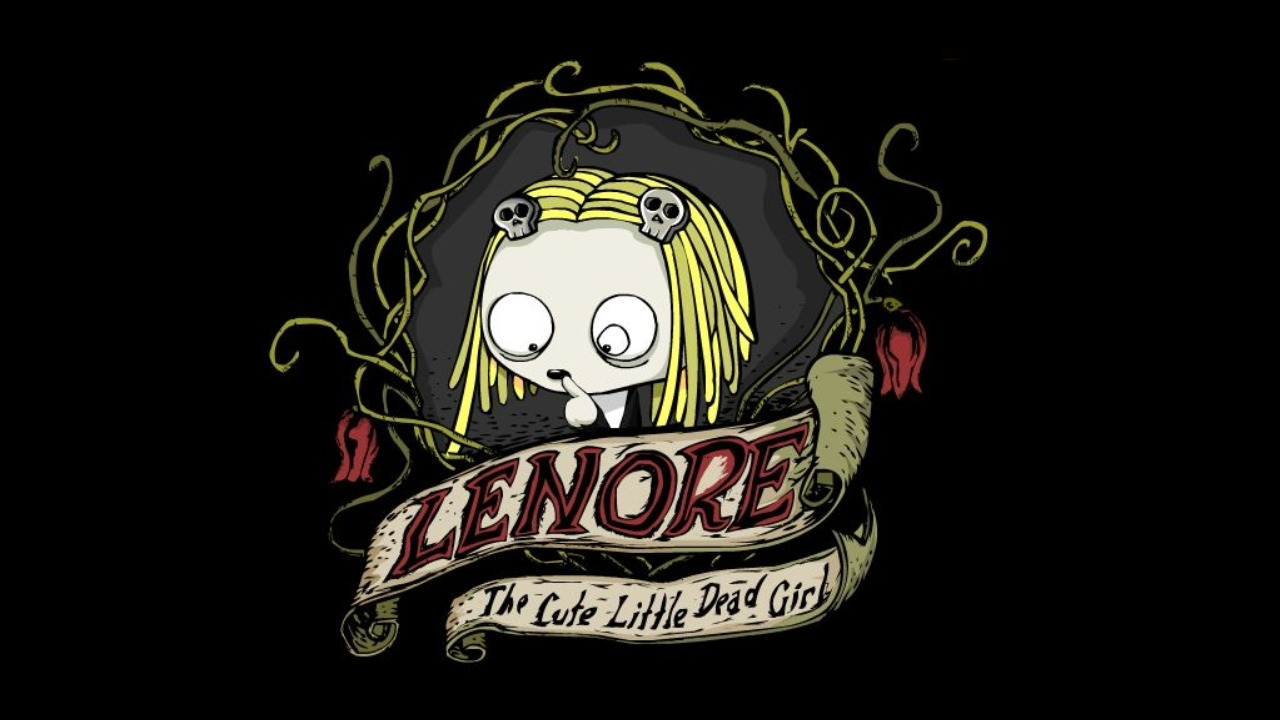 Lenore, the Cute Little Dead Girl is a fictional character created by Roman Dirge, inspired by the poem "Lenore," by Edgar Allan Poe. The comic tells of the adventures of Lenore, and her variety of friends. The primary focus of the graphic novel is dark humor, with many of the stories having amusing twist endings. Common themes are the reinvention of children's songs, games, and nursery rhymes to something more macabre, and subverting all sorts of pop culture icons and cultural figures in to topics of dark comedy. In one story, for instance, Lenore accidentally kills the Easter Bunny. While Lenore's actions often result in the death or injury to those around her, and in various forms of chaos, she is not a malicious character, and often thinks she is doing good.