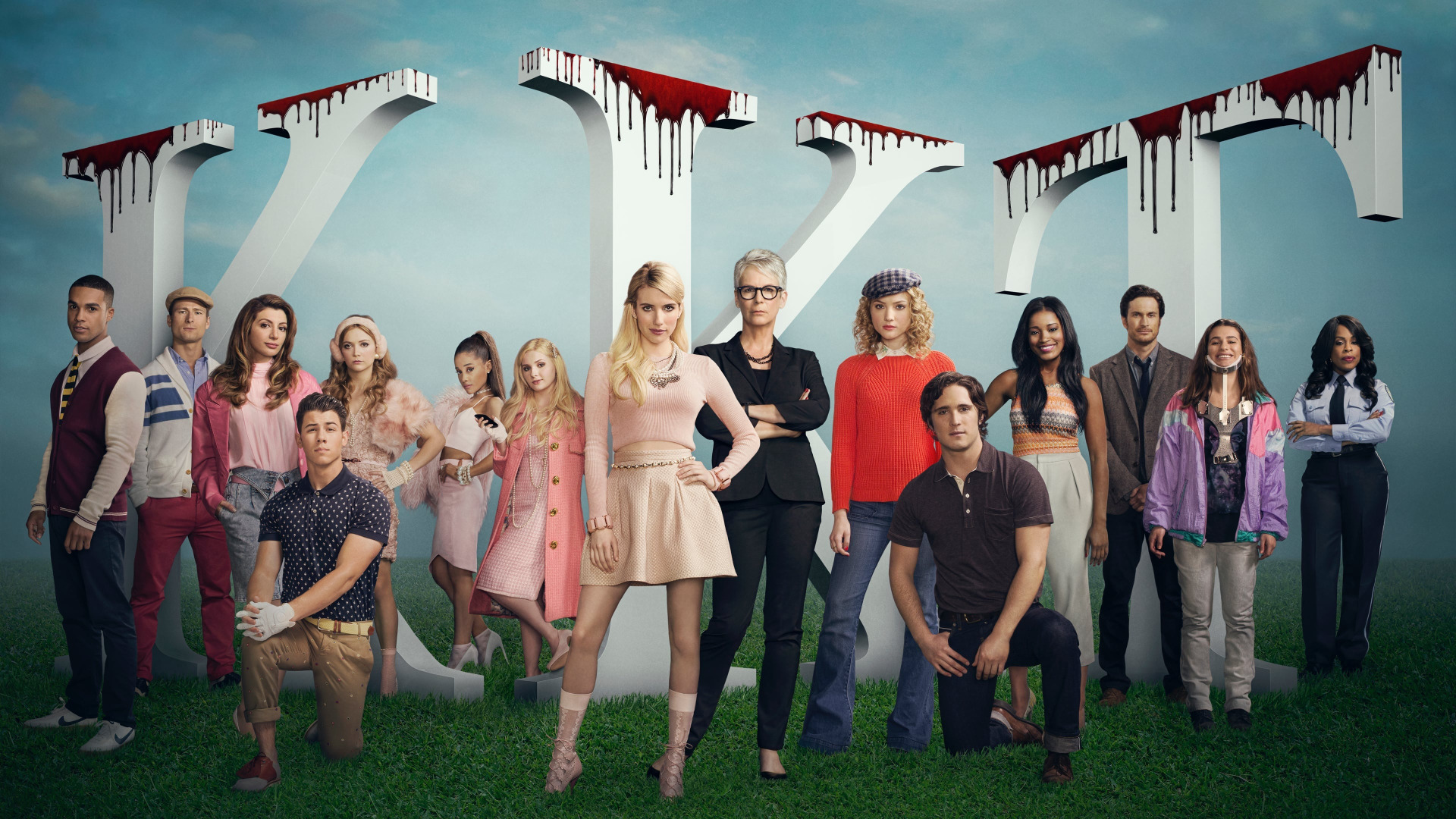 The girls of Kappa House are dying for new pledges. Scream Queens is a new killer comedy-horror series from Ryan Murphy, Brad Falchuk and Ian Brennan, the Emmy- and Golden Globe Award-winning executive producers of Glee and American Horror Story. Wallace University is rocked by a string of murders. Kappa House, the most sought-after sorority for pledges, is ruled with an iron fist (in a pink glove) by its Queen Bitch, Chanel Oberlin.

But when anti-Kappa Dean Munsch decrees that sorority pledging must be open to all students, and not just the school's silver-spooned elite, all hell is about to break loose, as a devil-clad killer begins wreaking havoc, claiming one victim, one episode at a time. Part black comedy, part slasher flick, Scream Queens is a modern take on the classic whodunit, in which every character has a motive for murder... or could easily be the next blood-soaked casualty.