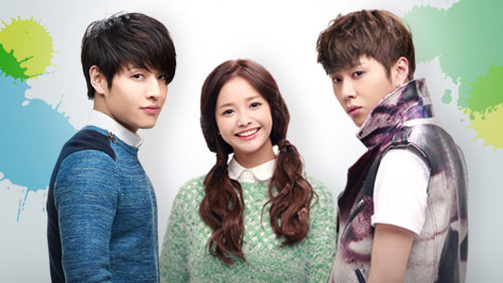 Monstar (Hangul: 몬스타) is a 2013 South Korean television series starring Yong Jun Hyung, Ha Yeon Soo, and Kang Ha Neul. The drama is about how a group of teenagers are healed through the power of music.

Seol Chan, a member of Korea's most popular K-pop boy band Men in Black, is provoked into pushing one of his crazy fans, and when that goes viral, his reputation plummets. As damage control, his agency tells him to quietly attend school for a while. Meanwhile, Se Yi, a new transfer student from New Zealand, draws attention in the school for both her talent and oddness. Misunderstandings occur between Seol Chan, Se Yi, and their other classmates. But in the midst of all the chaos, these students find a common interest which connects them to each other: music. Every character has his or her own untold stories, which have had significant impact in their lives. But as they gather together to sing and play the music they love, they learn to soothe the pain inside them, and to open each of their souls.