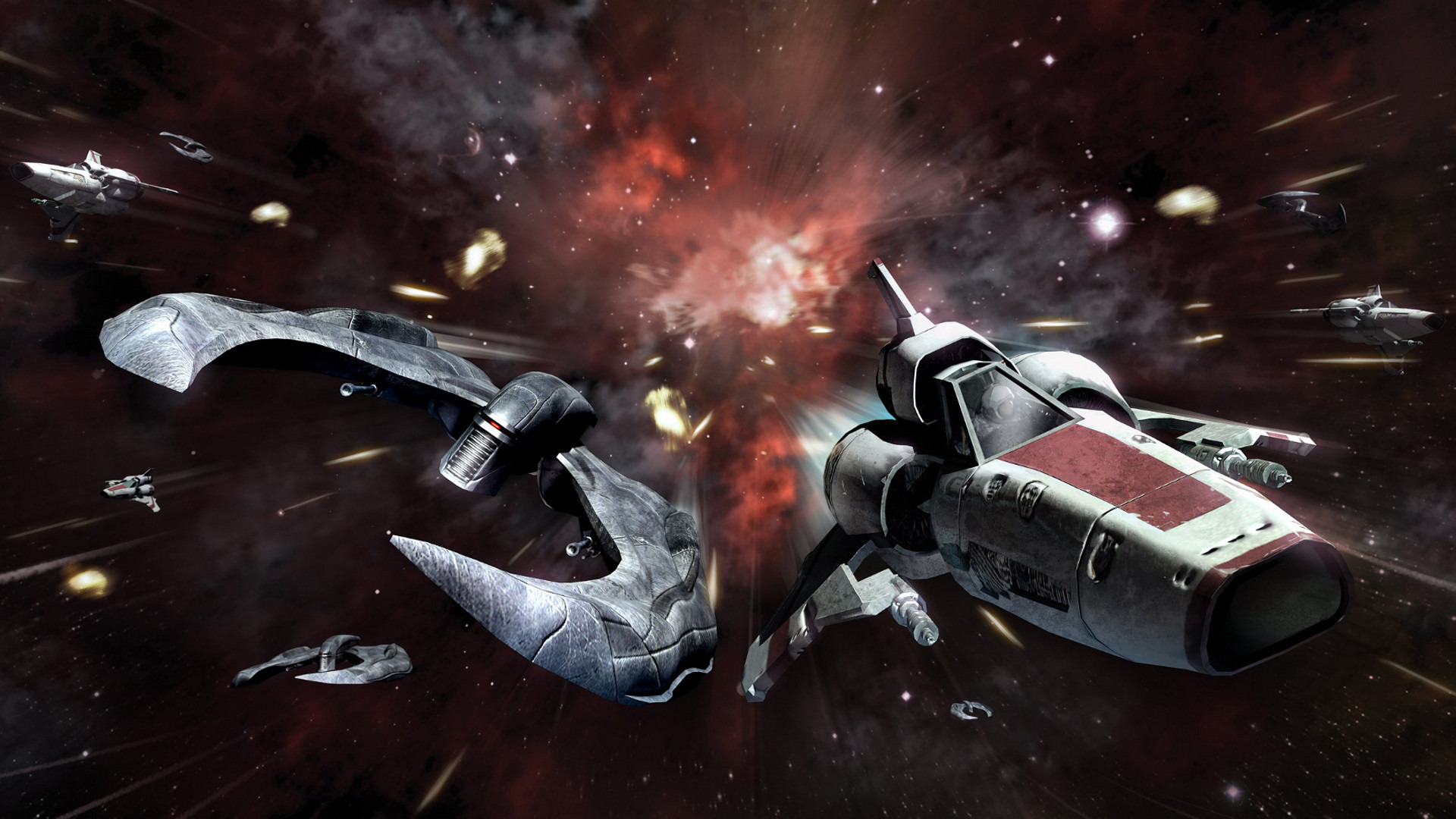 Battlestar Galactica: Blood & Chrome (a prequel to the critically acclaimed hit series, Battlestar Galactica) takes place in the midst of the First Cylon war. As the battle between humans and their creation, the sentient robotic Cylons, rages across the 12 colonial worlds, a young, talented fighter pilot, William Adama, finds himself assigned to one of the most powerful battlestars in the Colonial fleet: the Galactica. Full of ambition and in pursuit of the intense action that the Cylon war promises, Adama quickly finds himself at odds with his co-pilot, the battle-weary officer Coker. With only 47 days left in his tour of duty, Coker desires an end to battle just as much as Adama craves the start of it. Though they clash at first, the two men forge an unlikely bond when a routine escort mission with an enigmatic passenger turns dangerous and becomes a pivotal one for the desperate fleet.