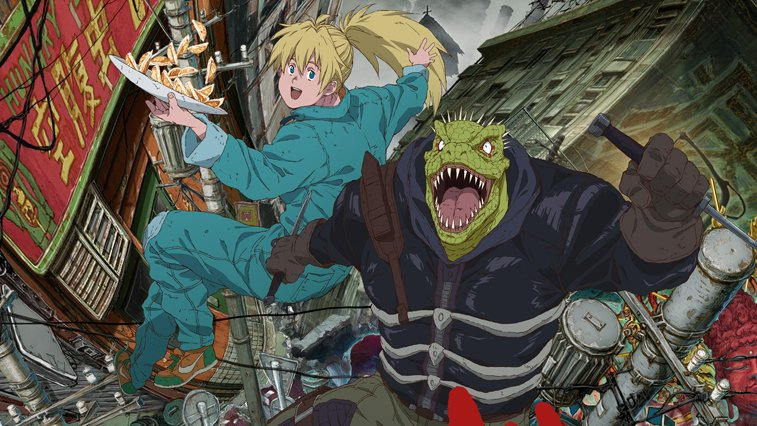 Caiman is a person who has lost all of his memories after being transformed into a lizard-headed man by a sorcerer. Living in a grim urban region called Hole, he now hunts magic users in search of the one responsible for his metamorphosis in an attempt to recover his past and his face. Extremely strong and immune to magic, he has the help of his best friend, Nikaido. She is an agile fighter who runs a small restaurant at Hole. Their continuous slaughter of magicians calls the attention of a powerful sorcerer named En. He has his two best hitman, Shin and Noi, target the lizard-man and his ally. As Caiman delves deep into the search for his former identity, he starts acquiring odd clues that lead him into the bizarre magic world.