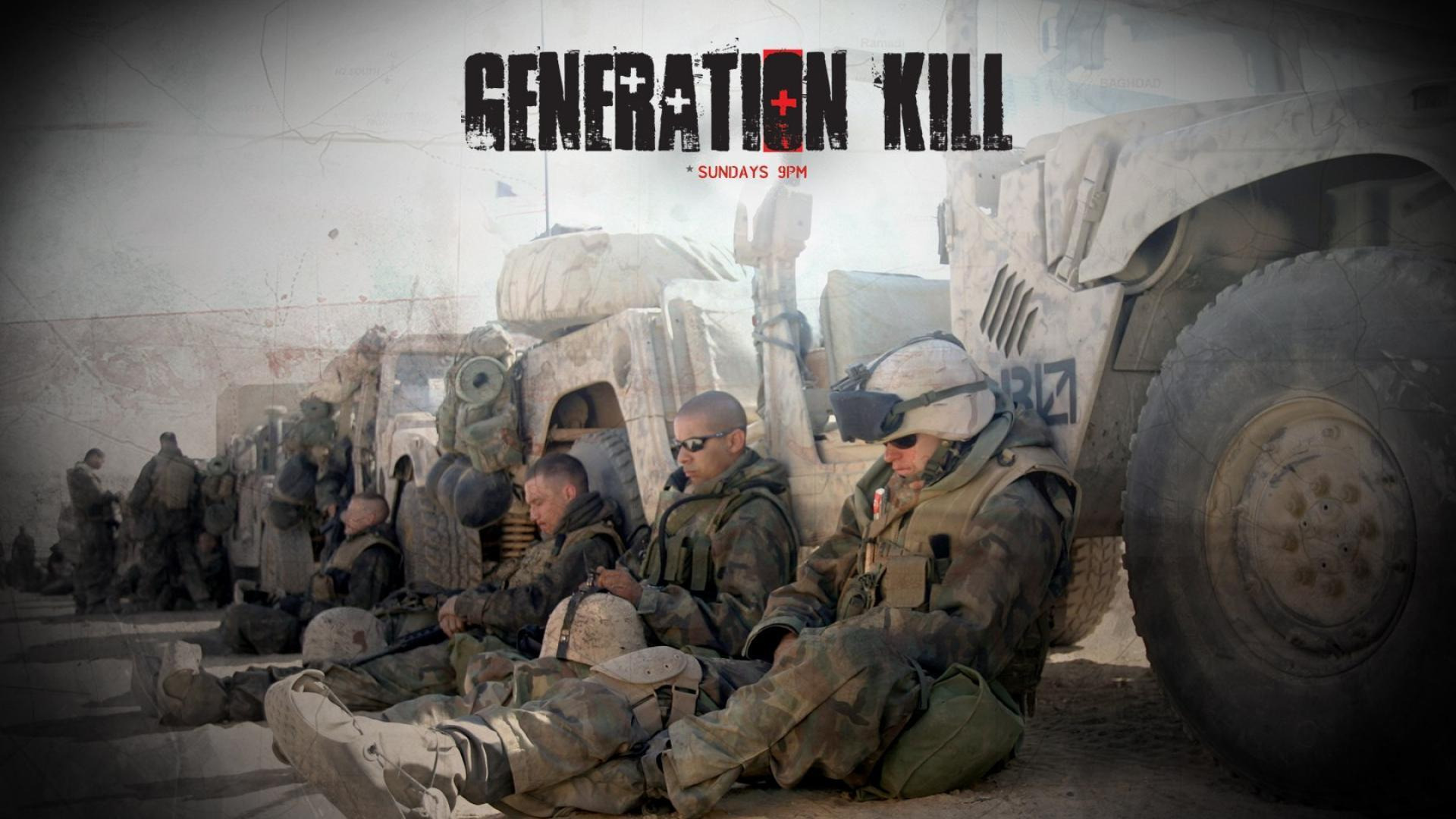 Generation Kill follows the highly trained Marines of First Recon Battalion through the first 40 days of the Iraq war. The seven-part miniseries portrays the true story of the young Marines' experience at the tip of the spear of the American invasion, as they contend with equipment shortages, incompetent commanding officers, ever evolving Rules of Engagement and an unclear strategy. 'Generation Kill' is based on the award-winning book by Evan Wright, who was embedded with First Recon and originally reported the story in a series of articles for Rolling Stone. The series also benefited greatly from the presence of two of the real-life Marines it depicts - Sgt. Eric Kocher and Cpl. Jeffrey Carisalez - who served as consultants. A third First Recon Marine, Sgt. Rudy Reyes, appears in the miniseries, portraying himself.