Arakawa Under the Bridge 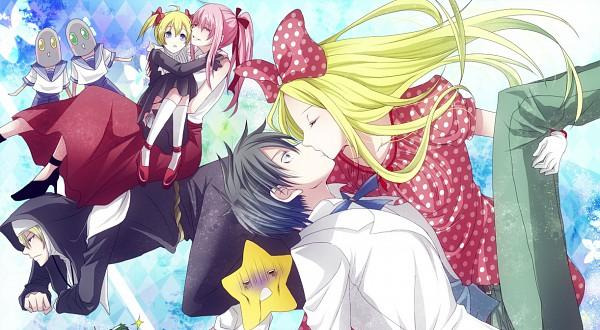 Set in Arakawa,Tokyo, the series entails the story of Kou Ichinomiya, a man who has accomplished everything by himself. Ever since he was little, his father has taught him one rule: to never be indebted to another person. One day by accident, he falls into the Arakawa River and almost drowns. A homeless girl, Nino, rescues him and, in return, he owes her his life. Unable to accept the fact that he is indebted to her, he asks her about a way for him to repay her. In the end, she tells him to love her, beginning Kou's life of living under a bridge (Arakawa Bridge). However, as Kou starts to learn, Arakawa is a place full of weirdos and all of the people living under the bridge are what society would call "denpa-san".