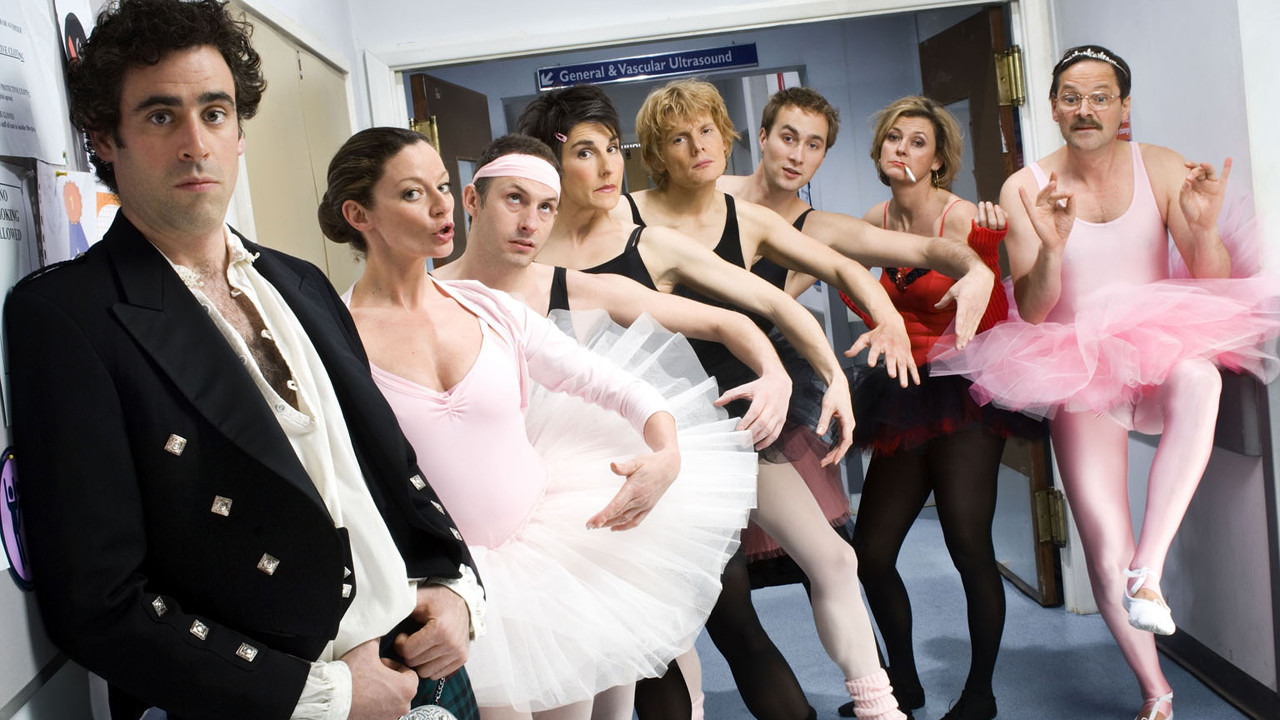 A British "medical" drama with a mixture of comedy, bizarre soap opera and pure absurdity that would make Scrubs blush. The series was notable for being filmed in a real-live hospital (with genuine patients and doctors as extras), the plot rarely ever touched actual medicine or patient storylines in favor of focusing on the surgeons playing games mid-operations, the love dodecahedron the staff are trapped in, and the misadventures of the HR department. It was nominated for several awards, including 2 BAFTAs, and won "Comedy of the Year" in 2006.