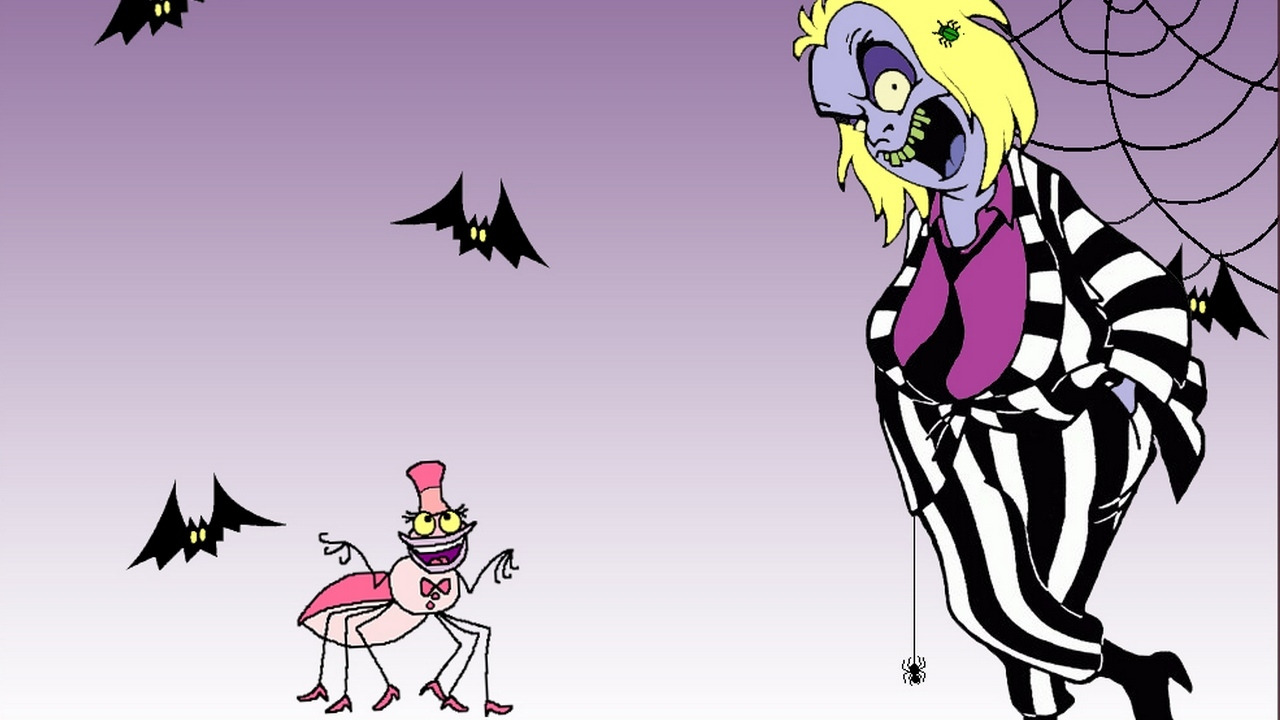 Loosely based on the 1988 film of the same name, it was developed and executive-produced by the film's director, Tim Burton.

The series focus on the life of Goth girl Lydia Deetz and her undead friend Beetlejuice as they explore The Neitherworld, a wacky afterlife realm inhabited by monsters, ghosts, ghouls and zombies. Danny Elfman's theme for the film was arranged for the cartoon by Elfman himself.

20
Beetlejuice's Parents
19
Cousin B.J.
18
Quit While You're A Head
17
Prince Of The Neitherworld
16
It's The Pits
15
Poopsie
14
Pat On The Back
13
Bizarre Bazaar
12
Pest O' The West
11
Campfire Ghouls
10
Bad Neighbour Beetlejuice
9
Worm Welcome
8
Laugh of the Party
6
Stage Fright
7
Spooky Tree
5
Out Of My Mind
4
A Dandy Handy Man
3
Skeletons In The Closet
2
The Big Face Off
1
Critter Sitters
2
Ads