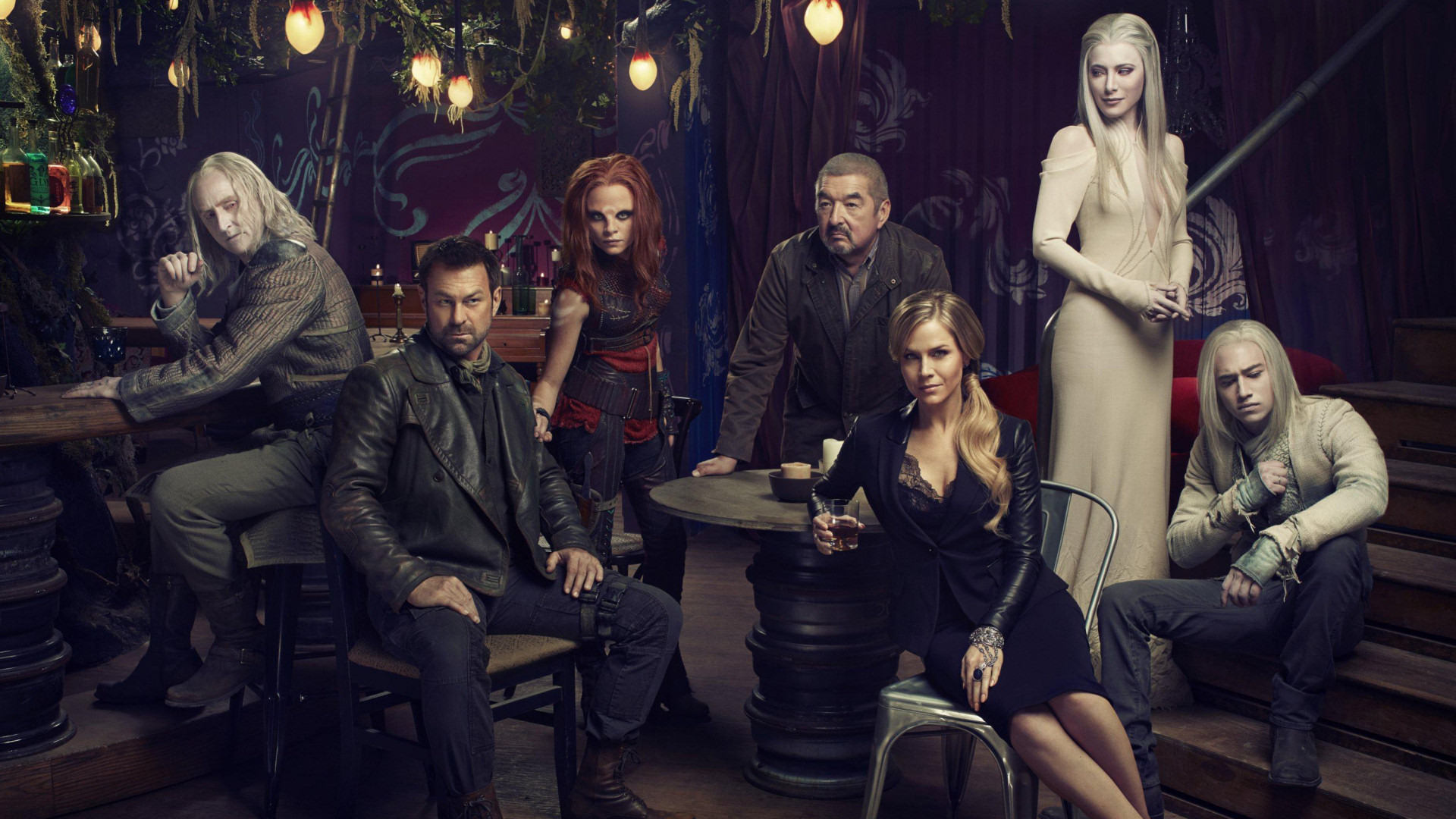 Set on a future Earth, Defiance introduces players and viewers to a world where humans and aliens live together on a planet ravaged by decades of war and transformed by alien terra-forming machines. It centers on Jeb Nolan, the law-keeper in a bustling frontier boomtown that is one of the new world's few oasis of civility and inclusion. Nolan is a former Marine who fought in the alien conflict and suffered the loss of his wife and child in the war. The trauma transformed him into a lone wanderer in the wilds of this new and dangerous world.